From Bad to Worse (dubbed in Quebec as De pire en pire) is the sixth episode of the first season.

When Aunt Eunice is left to babysit George and Junior, George sets out to prove he can do all the things a ten year old boy can do, but not without various mishaps. 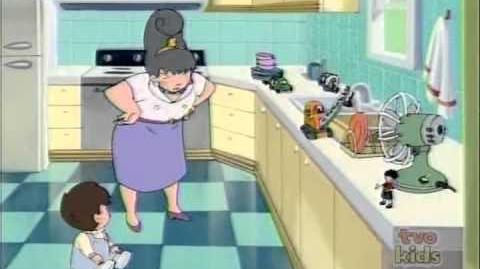 Retrieved from "https://georgeshrinks.fandom.com/wiki/From_Bad_to_Worse?oldid=5407"
Community content is available under CC-BY-SA unless otherwise noted.